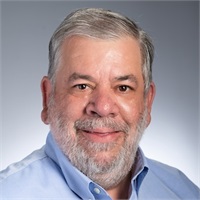 Richard H. "Rick" Nelsen,CFP® entered the financial services field in 2006 after a successful business career, which culminated, with his position as secretary/treasurer and general manager of Simmons Jewelers Inc., a family owned business

Rick is a registered representative, investment adviser representative and is licensed to sell life insurance and annuitites.  In 2014 I became a CERTIFIED FINANCIAL PLANNER™ practitioner  (CFP®) and Certifiied College Planning Specialist (CCPS).  A 1984 graduate of Central Michigan University where I earned a Bachelor of Science in Business Administration with a major in finance and a minor in accounting

Rick is married and has twin boys currently working in the Detroit Metro area.  His wife Megan is a teacher at Bay City Central High School.